I'm very excited about today's Novel Bites, not just because of the mouth-watering Dijon Mustard Pork Chops I'm sharing with you, but today I'm going to share with you the first excerpt of my debut novel, Quail Crossings!


First, a little blurb about Quail Crossings: Tragedy has struck the small town of Knollwood, Texas and Dovie Grant finds herself dealing with the loss of her husband and daughter in the already trying times of The Great Depression.  She knows her father needs help on their struggling farm, Quail Crossings, but isn’t thrilled that he’s hired a young 18 year old boy who’s caring for his three younger siblings.  Surviving her grief, as well as the constant dust storms that plague the plains, will Dovie be able to put her pain aside to care for these children or be forever lost in the darkness of the loss of her family?


A Bite of Quail Crossings:


Elmer watched his sister storm out of the house, squeal at the sky, and then stomp off in the direction of the barn. He shook his head. She made absolutely no sense to him. Here they were with a warm house, honest work, and good food in their bellies, and she was acting like they were being tortured by giant mutant ants.


Putting the slop bucket back in the shed, Elmer headed out to the orchard with Freckles. He knew James was ready to sell the dogs, but so far they had no takers. He really wanted to show people what his dogs could do, but understood a dog was more of a luxury than a necessity now-a-days. Freckles stuck close to his right side, waiting for a command, but Elmer wasn't in the mood to train today. He was in the mood for an adventure.


He slid the shotgun under his arm and started walking south east from the orchard. He wished he had a shoulder holster like Jack Armstrong. A good adventurer always had his hands free in case he had to wrestle a tiger or bear, or to catch a damsel in distress as she hung from a towering cliff.


He thought of Tiny as his damsel and quickly pushed the thought away. Tiny would never be a damsel in distress. If she was hanging from a towering cliff, she’d just scramble up the side like it was nothing, instead of waiting for some man to catch her. That was one of the reasons he liked Tiny, she was fearless and didn’t mind getting dirty when the occasion called for it.


Elmer heard the soft grunt of a feral pig as Freckles when on point. “Easy boy,” he whispered and held up one hand. The dog released his point, nose twitching. Crouching into a draw Elmer crawled on his belly until he had the creature in his sites. She was nice and plump, but it wasn’t fat that lined her belly, Elmer could tell from taking care of the pigs at Quail Crossings this sow was pregnant.


Freckles inched forward, and Elmer held up his hand. “Not this time, pal. Just wouldn’t be right.” Freckles let out a low gruff, but relaxed his posture.


As the pig rooted off in the opposite direction, Elmer threw his arm out and Freckles took off running after the pig. Elmer knew Freckles wouldn’t get the sow, but he sure would have fun trying. He rolled over on his back and took in the vast sky. Even with an overcast of clouds the sky seemed to go on forever. Elmer wondered if it ever ended. He wondered if the folks in big cities like New York ever saw the sky in its eternity. He wondered if his parents ever looked at the California sky and thought about them. He pushed that thought away too. He doubted his parents gave any of them a second thought. Unlike Evie he had no delusions. He knew their parents had left them for their own selfish reasons.


Elmer heard a rustle behind and rolled over onto his belly expecting to see the Freckles again, but came face to face with a large boar, twice the size of the sow. The pig grunted and stomped a foot. Elmer had heard of feral pig attacks before and didn’t want to have any part of that. He lay very still and thought about what Jack Armstrong would do.


He tightened his grip on the shotgun and slowly released the safety. The pig grunted again and bared its ugly teeth. Elmer knew he’d have just one shot, and if he missed, the boar would be on him like flies to chicken poop.


Raising the gun, he took a deep breath and willed his eyes to stay open this time. He took one more deep breath and pulled the trigger just as the boar barreled down on him. Elmer fought the instinct to cover his ears after the ear splitting shot. The boar fell to the ground.


Still holding the gun, Elmer got to his shaky feet, ears ringing. The pig didn’t move. He kicked it with his boot and again the boar lay still. Thrusting the gun over his head, Elmer let out a triumphant cry. Tonight they’d be feasting on ham.

I really hope y'all enjoyed that bite of Quail Crossings and now onto the food. In honor of Elmer's score we will be having Pork Chops with a Dijon Mustard Butter Sauce. 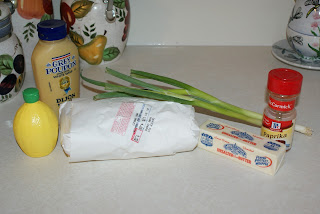 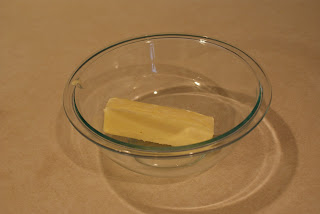 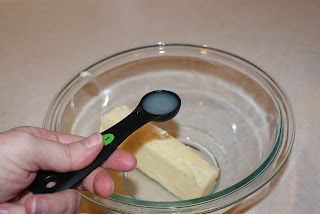 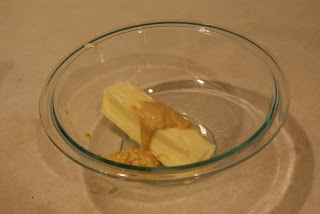 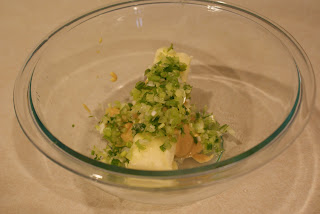 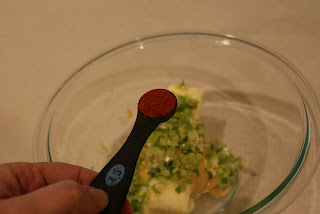 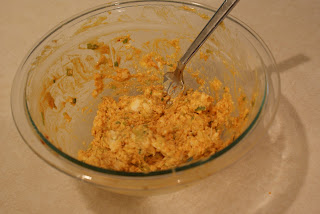 Sprinkle salt, pepper, and onion salt on each side of the uncooked pork chops. 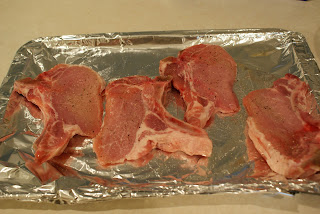 Turn your grill to medium high heat. A little trick I learned from Alton Brown so the chops won't stick; take an old kitchen towel and fold it length wise, then roll it up like a sleeping bag. Pour vegetable oil over the rolled towel. Then using your BBQ tongs brush the oiled towel over the BBQ grate. 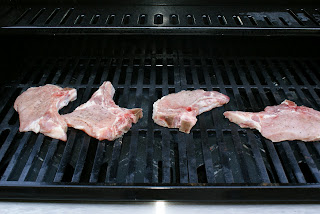 Spoon a dollop of butter sauce on each chop. 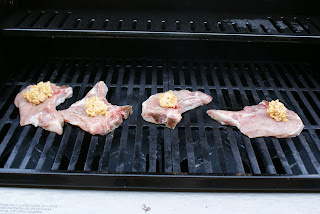 Smoosh dollop over chop with the back end of the spoon. Be careful of flare ups. Close grill lid. 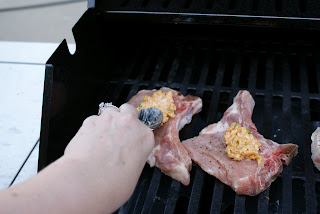 When butter is completely melted, approximately 5 minutes. Flip the chops and spoon a dollop of butter sauce on the opposite side. Again be careful of flare ups. If they get too bad, turn the heat down. Close grill lid. 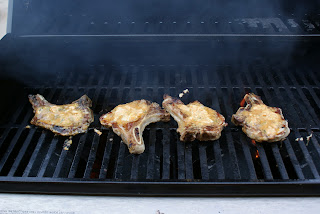 Cook for another 5 minutes or until the chop is done all the way through. Remove from grill. 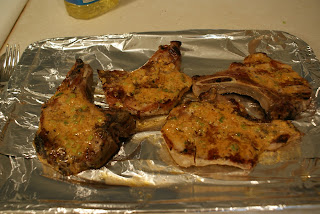 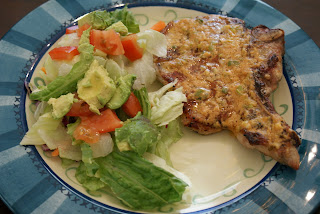 Quail Crossings Coming Soon To A Bookshelf Near You!!