Little did the three friends know that a simple trip from the airport to their hotel would turn into an adventure of epic proportion.


It all started when the lone female and wisest of the three said, "Let's just take a cab to the hotel."


"But it's 45 minutes away," exclaimed her male counterparts. "It'll take forever, let's just take the underground."


"But we have no idea what we're doing," said the female. "And we have all this luggage. Wouldn't it be better to just take a cab now?"


The men shrugged the wise woman off and headed toward the Underground ticket counter, where the three friends listened intently to the attendant trying to explain the way the Underground works through a thick British accent.

After 20 minutes of looking at the Underground map and never hearing the words "Heathrow Express" used once, they embarked on their journey on the tubes. The blonde male, Casey of the 'Ville, spoke with confidence as he described the easy route they would take to their houses of rest.


Jen of the 'Ville had a feeling in her gut it was going to take longer than a cab, but followed along, her burden not a ring, but a suitcase the weight of an elephant.


As the three entered the first train, their excitement spilled over into giggles; the adventure had begun. Two stops later, they realized they had begun their adventure in the wrong direction and switched trains. Finally, on the right path, there was one more switch that needed to be done.


"Would you like to go on walk-a-bout?" one of the boys asked.


Jen of the 'Ville, having seen Crocodile Dundee answered for the group. "No, we do not want to go on walk-a-bout, but thanks for your generous offer." 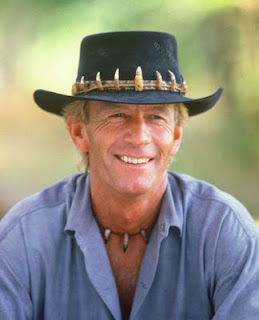 
As we got off the train, we said good-bye to our new friends and wished them luck on their "walk-a-bout".


Climbing the stairs the fresh air blew our sweated brows clean and we knew the adventure was coming to an end. Finding our houses of rest, we met in the pub to celebrate with spirits and 11 pound ($17) ham and cheese sandwiches.
on March 04, 2013
Email ThisBlogThis!Share to TwitterShare to FacebookShare to Pinterest
Labels: Day 4, London, Middle Earth
Newer Post Older Post Home