First, I now have complete confidence that no matter where I go in the world I will be able to get around. I'm the first to admit that I rely on my car too much. If I walked as much as I did in the United Kingdom I wouldn't have a weight problem. This trip has shown me I'm capable of not only navigating the subway, but also I can walk a lot further than I ever thought I could.


Second, I am not a city girl. Okay, in all honesty I already knew this, but London confirmed it. I appreciate London for what it has to offer, but I can't say I'm a big fan of the city, as I was Aberdeen. London, was loud, dirty and crowded, as I'm sure most cities are. Even though I felt safe for the most part, I longed for my personal space, longed for quiet...  basically, I longed for my quiet Oklahoma town.


Third, traveling outside the confines of my own country I realized how many people are in the world. It's easy to forget you're one in 7 billion while you're going about your own day to day business. That being said, in a world full of people I realized there are a lot of individuals. I watched people from Aberdeen and London walk against the grain. They were themselves, no matter who was around them. In a world full of blending they were the contrast. I'm not saying I want to be the contrast, but I definitely don't want to blend when I can let my own color shine. 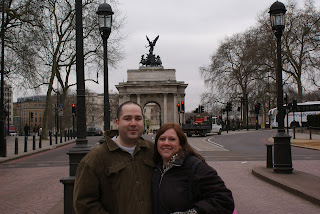