Snakes, Spiders and Bees, Oh My!

I love walking nature trails. If I have to exercise (and I do) then walking in nature is my preferred method. I have always been fond of nature, in fact, I was a Wildlife Biology major once upon a time. During my tenure as a Wildlife Biology student I became certified in snake wrangling, lizard catching, bird netting and gater wrestling. No animals were harmed in the making of those certificates, but there were a few bites, nicks, cuts and scratches done to the students. We also did our share of book learnin'. During those classes I learned how important every species, large and small, scary or fluffy, venomous or not, are.


So when I'm walking down a NATURE trail and I see where someone has squished a bee I get really upset. Look, I understand that some people are really allergic to bee stings. I get it. I'm really allergic to spider bites (not deadly, but if any kind of spider bites me I break out in hives and it swells and pusses and it's not pretty and it hurts). So I get the first instinct to kill it before it gets you. If there's a spider in my house, it's probably gonna die by chemical warfare. *Side note: I released 2 spiders outside that were in my laundry basket. Yay me!* But that's in my house. In my space.


But OUTSIDE on a NATURE trail, in that critter's natural environment?


I am aware that maybe this bee was accidently squished by a biker or runner (seriously, runners scare me). But I've witnessed too often people killing out of fear of what might happen. That bee doesn't want to sting you. It has far better uses for that stinger than to cause you a mild amount of pain (unless you're allergic) for a period of time. I've watched and seen pictures posted on Facebook of people so proud of their snake kills. Even when those snakes are OUTSIDE, in the country. You know, their own habitat. I mean there are entire gatherings geared to how many rattlesnakes can we catch and kill. You know what, we NEED those rattlesnakes. We NEED those bees. We even NEED those creepy, creepy, spiders.


BEE FACT: According to the U.S. Department of Agriculture, these under-appreciated workers pollinate 80 percent of our flowering crops which constitute 1/3 of everything we eat. Losing them could affect not only dietary staples such as apples, broccoli, strawberries, nuts, asparagus, blueberries and cucumbers, but may threaten our beef and dairy industries if alfalfa is not available for feed. One Cornell University study estimated that honeybees annually pollinate $14 billion worth of seeds and crops in the U.S. Essentially, if honeybees disappear, they could take most of our insect pollinated plants with them, potentially reducing mankind to little more than a water diet. ~ Mother Nature Network 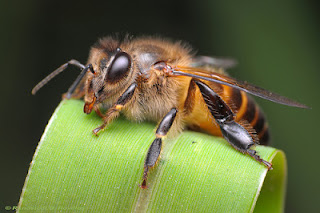 
SNAKE FACT: Snakes feed on rodents-rats, mice and squirrels which are pests of crops as well as stored products. Thus the problem of rat control is very serious because of the tremendous loss caused by them at every stage of the crop like in the fields, farm and store houses. Now in the emphasis of agriculture development and production, the rat control is of great importance and as such the role of snakes in this context assumes significance. America the economic value of rattlesnakes has been realized due to their destruction of rabbits, squirrels and grasshoppers. ~ Biodiversityreporting.org 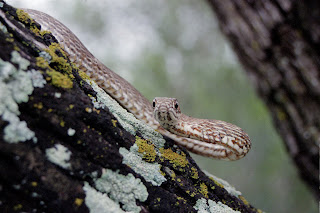 
SPIDER FACT: All spiders are predators. Because of their abundance, they are the most important predators of insects. Spiders have been used to control insects in apple orchards in Israel and rice fields in China. Large numbers of spiders have also been observed feeding on insects in South American rice fields and in fields of various North American crops. Modern pest-management strategies emphasize the use of insecticides that do the least damage to natural predators of insect pests. ~ Encyclopedia Britannica 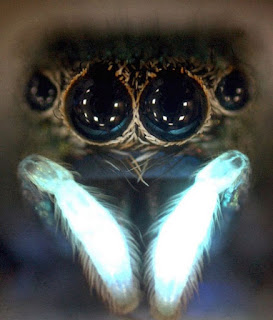 
So before you squish that bee, or shoot that rattlesnake, or spray that spider with Raid, give it a moment of thought. Is this part of nature, this part of our world, really hurting you. If you leave it alone, it'll more than likely leave you alone as well. Don't let your fear hurt us as a whole. You're doing more damage than you think.