Maybe I’m just old, I am about to embark on the ripe old age of 36, but I am getting more and more aggravated with societies fascination with looks and weight. I watched Entertainment Tonight for the first time in a long time the other night and was appalled on how much of the show focused on weight and looks, rather than entertainment.


There were stories ranging from plastic surgery, to Kris Kardashian looking at a photo of herself after giving birth and saying that she must weigh 300 lbs (she didn’t, not even close), to Robin Thicke and Justin Timberlake having their videos pulled from YouTube because they both have topless or even fully nude women (objectivizing women, I’ll go into this more in another post). They also did story on Justin Bieber’s Bill Clinton incident, but the Biebs is also a whole other post.


Fast forward to that evening, when right before bed I laid down with my favorite new app, Whisper.

I’ve always been a big fan of Post Secret, so Whisper was right up my alley. Post Secret used to have an app, before Frank Warren saw how people just used it as another platform to bully and Whisper is evidence to that.


Now, if you don’t know about Post Secret or Whisper, it’s supposed to be a safe place where people can put their secrets on a “post card” and show them to the world, anonymously. It’s a dream come true for a writer, there are stories in (just about) every one of those secrets. Minus the post cards just looking for a hook-up. But every once and a while I look at the replies and I see why Frank Warren opted to close his Post Secret app. People are mean.


For example, a girl posted a pic of herself in a full piece bathing suit and explained that she felt a lot more beautiful and confident in her one-piece bathing suit, than she ever did in her two piece. This was a beautiful girl, with a healthy body and then some jerk replied “Wow, hello cellulite!” To which the girl replied how she knew it was bad and that she was going to “work on it”.  To which I replied. “Girl, you are beautiful and that person who mentioned cellulite is an a-hole”.  Yes, I said that. No, I’m not ashamed, that girl needed someone in her corner and that other person was being an a-hole.


But haven’t we become a society of “a-holes”? We are so determined to meet this unhealthy standard of “beautiful” that we are critical of everyone and everything. This scares me for my daughter, if it’s this bad now, how bad will it be when she’s old enough to understand? 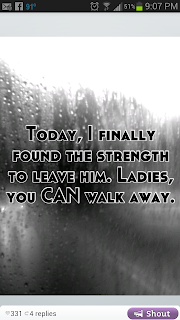