Fiction Friday ~ Where Summer Never Ends For Us

"You can't surf in that." Sean pointed at Jessica's skimpy, stripped two piece bikini. "It'll come off with the first wipeout."


"Thought you'd prefer it that way." Jessica laughed, winking at Sean. "Besides, you know very well I don't surf, I tan."


Sean ran his hand along his red and yellow surf board. "Well, since this is our last day together I thought you might like to give it a try. You'll regret it if you don't."


Jessica threw her arms around his neck. "And I thought maybe since this was our last day together you'd skip the surfing and cuddle on the beach with me."


Sean dropped the board, wrapped his arms around Jessica's waist and kissed her. "I guess I could surf tomorrow after you've gone back to Kansas."


She cringed. "We promised never to say the K word."


Letting go, Sean turned around and picked up his board. "You know you don't have to go."


"You know I do." Jessica sighed, when he didn't turn around. "I have to finish my degree, I only have one semester left. It would be stupid for me to not to finish at K State. Just think, in six months I can come back here, get a job, and stick to you like glue until you're sick of me."


Sean's silence prompted another hug from Jessica. "I don't want to fight today, baby. Let's make a deal, you forget about me going back to.... well you know... and I'll try to surf."


He looked over his shoulder. "Really, you'll try?"


Jessica eyed the board. "I don't see the appeal, but you love it, so I'll try it. But only because I love you."


He turned and kissed her hard. "I love you, too."


The couple spent the day playing and making out within the waves. As the sun drifted down the horizon, Jessica paddled to catch one more wave. Sean cheered her on and she reached the crest and attempted to pop up. The wave crashed into her and everything went black, followed by a blinding white light.


Jessica felt her a hand shaking her shoulder and reached up to grab it. "Sean?"


"No, it's not Sean." The hand jerked away. "It's your mother. It's three o'clock in the afternoon and you're still asleep. For the love of God, I thought you were going to look for a job today."


Jessica sat up and looked around the room. She was in her parent's house. She flopped back down.


"Look, I told you if you were going to move back in with us, you had to get your life together, find a job, and then an apartment. But no, you just sleep all day. I can't imagine why you'd want to sleep so much anyway."


Jessica stared out the window, taking in the horizon of sunflower fields blowing in the wind like ocean waves. Wiping a tear from her eye, she whispered. "Because that's the only place where I can see him."


Her mother planted her hands on her hips. "For the love of God, Jessica, it's been 23 years. It's time to move on."


Jessica waited for her mother to close the door before exiting the bed. She shuffled to the desk at the far side of the room and took a small shoe box out of the bottom drawer. Inside were all her mementos from her summer interning in Hawaii.


She smiled at each memory, tracing the faces in the photos. At last she came to the bottom of the box, where a single newspaper clipping lay open. Sean's obituary, dated two days after she returned to Kansas.


Returning the items into the box, she grabbed her teddy bear and returned to her bed. In just a few minutes her breathing turned into a soft snore as she returned to the place where summer never ends. 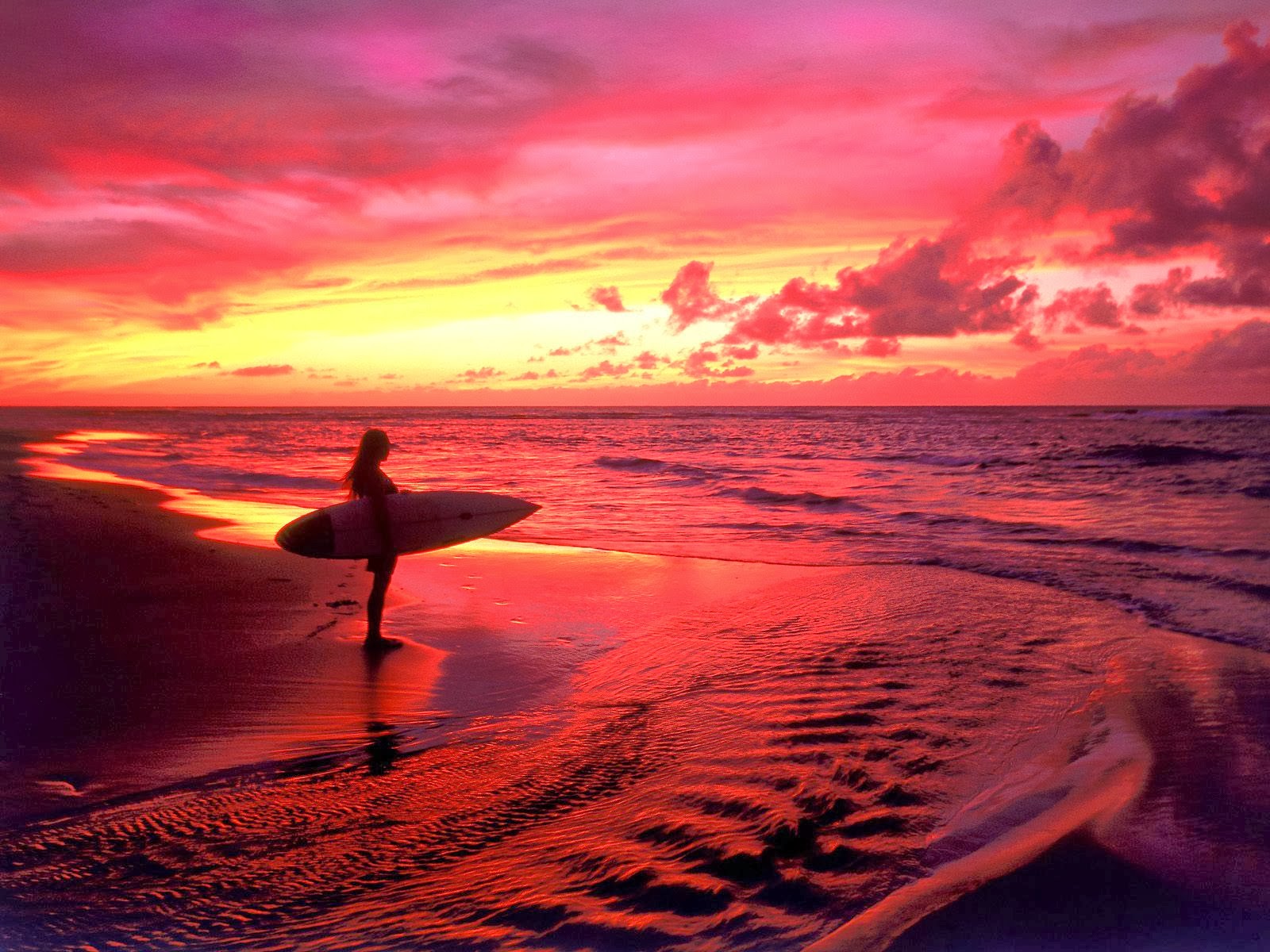